Between Berry and Touraine, between the Loire Valley and Brenne, Châtillon-sur-Indre harmoniously combines history and natural heritage. Proudly dominating the city, the keep invites you to discover this ancient medieval city of the XNUMXth century.e century. It does not matter whether you come from Loches or Buzancais, it will convince you and arouse your curiosity. And you will not be disappointed !

Located on the Indre à Vélo route between Saint-Cyran-du-Jambot and Le Tranger, the city of Châtillon-sur-Indre welcomes you for an exciting break on your route. To reach the historic center of the village, you will then have to take its small alleys and cobbled paths setting the scene for a journey back a few centuries. Perhaps you will hear the stones whisper their story to you ...

Vestige of an illustrious past

The mound of Châtillon-sur-Indre has been occupied since ancient times. After his accession to the throne of England in 1154, Henri II Plantagenêt decided to completely rebuild the fortification. A formidable fortified castle, one of the most impressive in Berry, was then built. Today, there remains the keep, two "square" towers and curtain wall elements.

At the very beginning of the XNUMXthe century, Châtillon-sur-Indre passes from the Plantagenêt empire to the Capetian kingdom. Philippe III will give the city to his favorite Pierre de la Brosse. He undertakes the construction of a prestigious palace within the walls of the fortified castle. A huge terrace is then built. The nearby royal residence of Loches, dating from the 1360s for its medieval part, bears striking similarities with Châtillon. Châtillon thus appears to be a forerunner of Loches and the châteaux of the Loire! Over the centuries, illustrious lords (including four women) have succeeded one another, notably Anne of Brittany, Jeanne of France and Eléonore of Austria.

It is a major element of medieval military architecture but also the oldest vaulted cylindrical keep in France. Overlooking the Indre valley from its limestone hillock, the keep rises to nearly 20 meters high and will offer you an exceptional panorama of the Châtillonnaise countryside from the top of its summit. 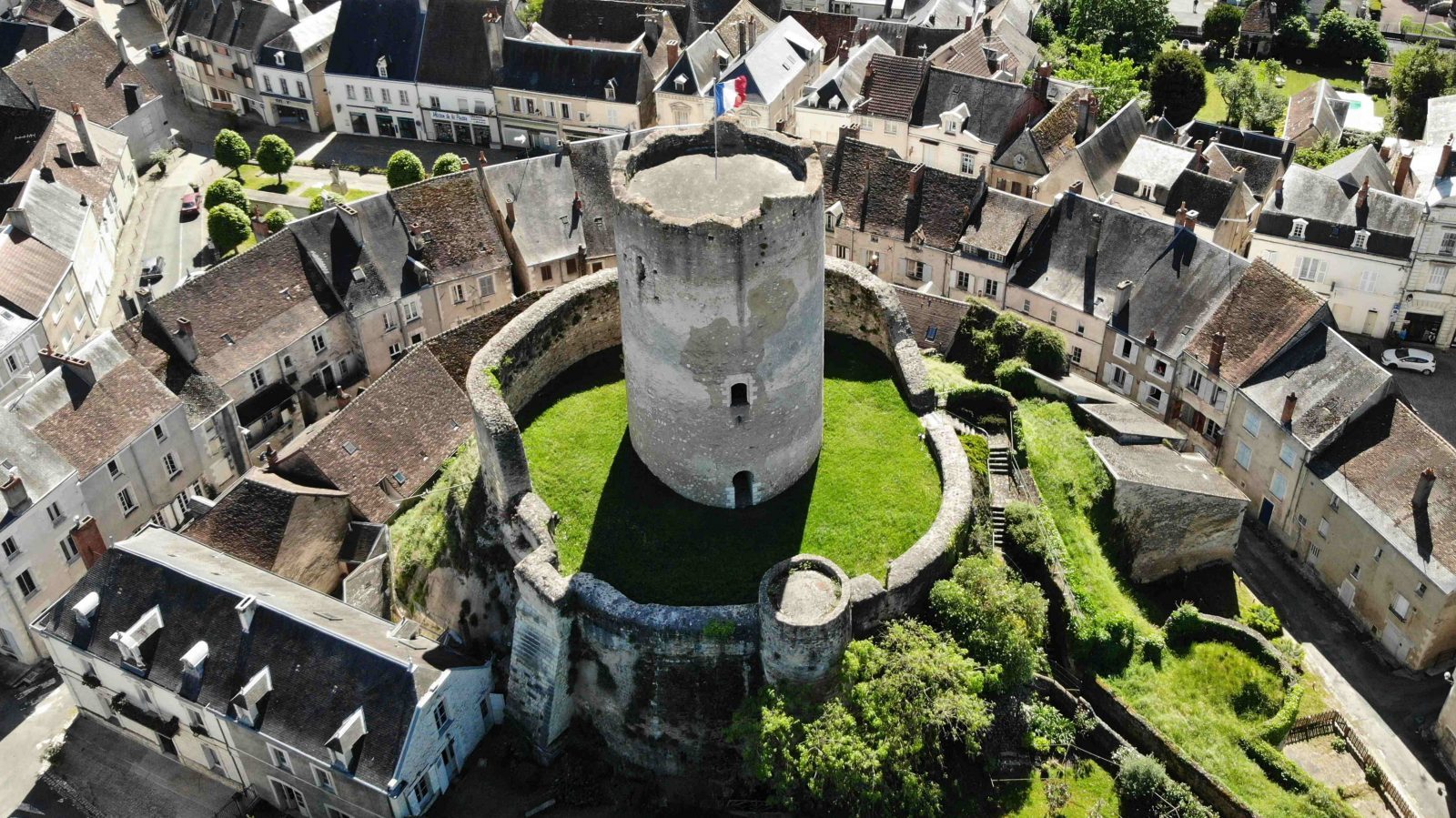 For a well-deserved break, join the Tourist Office to access the dungeon and enjoy an exceptional panorama.

The Notre-Dame church is the oldest historical monument in Châtillon-sur-Indre, listed in 1862. Built in the first half of the XNUMXth centurye century, it is one of the most remarkable Romanesque churches in Berry. It is original by the height and the variety of its vaults which peak at nearly 20 meters. As you walk through this former collegiate church dedicated to Saint-Austrégisile, you can follow the development of its construction, which extends from the beginnings of Romanesque art to the advent of Gothic. Many unusual details await you ...

The Châtillonnais, a generous territory

Hiking circuits are available to explore the region. You will also find many walking trails allowing you to discover the wild flora at the rhythm of the seasons. The Tourist Office, open all year round, can provide you with information and guide you on all the possibilities for exploring the city and its surroundings. Due to its geographical location, the Châtillonnais en Berry is an ideal destination. So, whether you are just passing through or here for a stay, do not hesitate to visit us!

Discover the Châtillonnais in Berry